skip to main | skip to sidebar

We are proud to present, as our inaugural theme song, “Superrookie,” by Supercute! (!!) 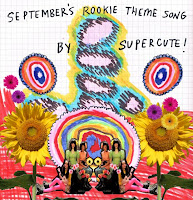 Email ThisBlogThis!Share to TwitterShare to FacebookShare to Pinterest
Labels: supercute

Supercute Haunted Hostel by TimeOutNewYork
Posted by Barry at 08:43 No comments:

Trachtenburg Family Slideshow Players All Over This World

Trachtenburg Family Slideshow Players All Over This World by TimeOutNewYork
Posted by Barry at 08:43 No comments:

the Bionic Genius Roundtable - The Trachtenburg Issue | Episode 0000010
Posted by Barry at 11:17 No comments:

Email ThisBlogThis!Share to TwitterShare to FacebookShare to Pinterest
Labels: Bionic Genius Round Table

Alberto Giacometti. Four Figurines on a Base. The Trachtenburg Family Slideshow Players

download from here
Posted by Barry at 11:33 No comments:

Email ThisBlogThis!Share to TwitterShare to FacebookShare to Pinterest
Labels: Tate

Every year, for four days in March, the world's music industry descends on the sleepy town of Austin, Texas. Over 1000 bands play in every bar, club and restaurant down the length of 6th Street, transforming the town into a sort of urban Glastonbury.

But why? Well, The Strokes were discovered here. And The White Stripes. And the Polyphonic Spree. And so it's no surprise that in 2004, an army of A&R men, record labels and press invaded Austin to discover the next big thing.

Presented by one of last year's big discoveries, The Trachtenburg Family Slideshow Players, 'The Texas Chequebook Massacre' takes an inside look at one of the biggest events in the music world's calendar.

Featuring Franz Ferdinand, The Thrills, Scissor Sisters, The Von Bondies, Junior Senior, The Cooper Temple Clause, Polyphonic Spree… and maybe what we'll all be listening to next in 2004.

Listen to the programme

The Pirates of Penzance
David Mellor reviews the Lyric Opera of Chicago's production of the Gilbert & Sullivan classic: "The Pirates of Penzance", which has just opened at the English National Opera . Directed by Elijah Moshinsky and starring Richard Suart as the Major-General and Karl Daymond as the Pirate King, the show is at the Coliseum until February 15th


The Heist
In `The Heist' - a new 3 part series for Channel 4, reformed criminals form a gang to attempt the perfect crime. Criminologist David Wilson reviews the programme which starts at 9 pm tonight .